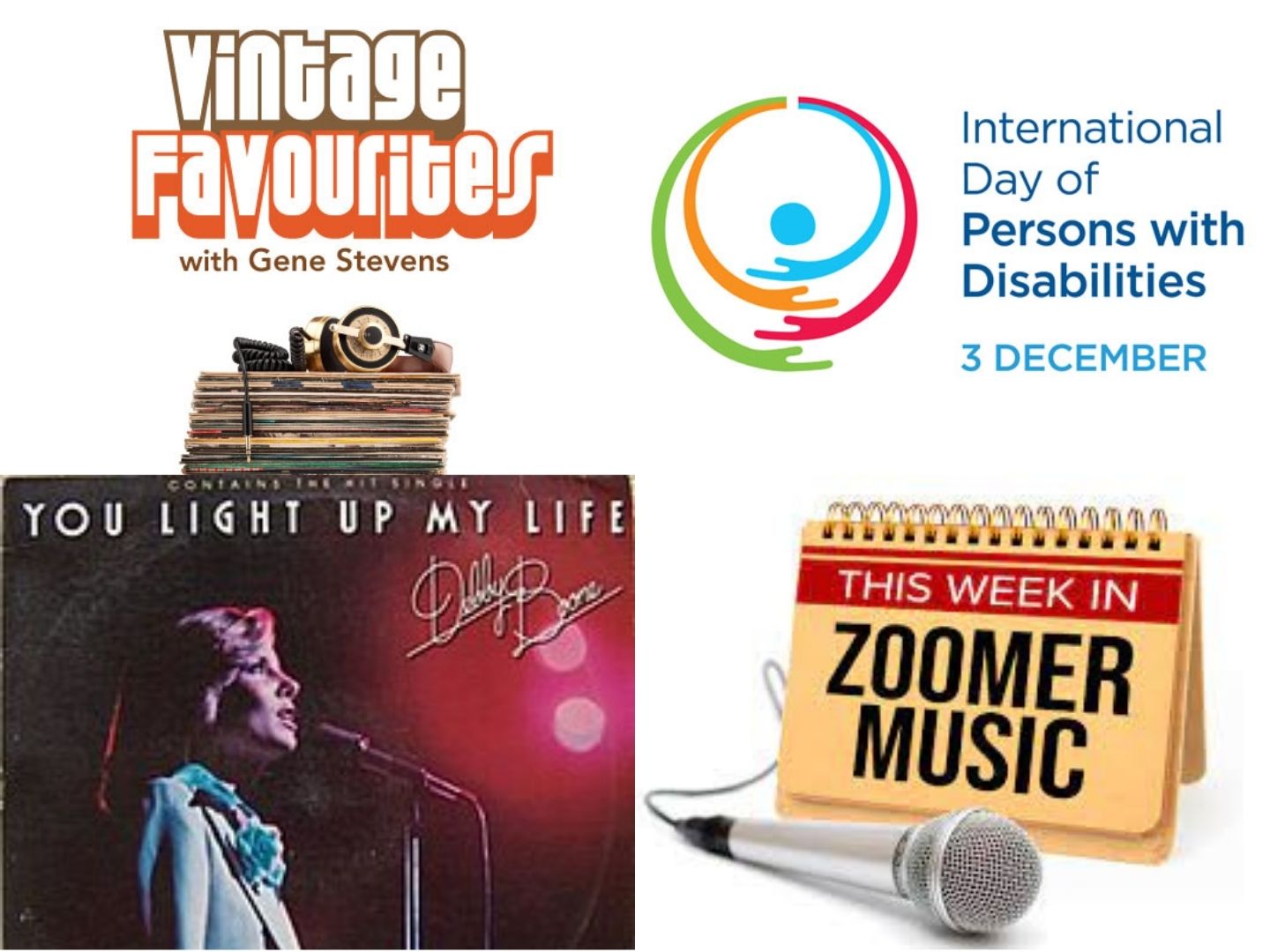 A long-time loyal listener to ‘Vintage Favourites’ made a fascinating recommendation to me several months ago. Rick is living with a significant disability, and he suggested that I do a show featuring recording artists with disabilities. I’ve never done such a theme, nor heard of such a radio feature. I was immediately struck by the idea, and quickly became fascinated by it. Then I searched for an appropriate date to do such a show – and found it in the United Nations’ sponsored ‘International Day of Persons with Disabilities’ – December 3rd. My show will air on the previous Sunday, November 28th – this weekend.

I’ll play songs by 14 well-known artists – including several legends and superstars – with disabilities that they struggled to overcome. Their songs and their stories are inspiring. And I was inspired by – and thankful for – Rick’s suggestion. I’ll tell you more about him as well. I hope you’ll tune in.

The show’s other highlights include ‘This Week in Zoomer Music’ looking back to The Million Dollar Quartet, the final live performances by John Lennon and Roy Orbison and ‘The Story Behind the Song’ ‘You Light Up My Life’. Debbie Boone’s classic was the first song in the history of the Billboard Hot 100 to hold the #1 spot for ten weeks. Its backstory is both twisted and fascinating – and regardless of how you feel about the song, you’ll find the story behind it gripping. Join me this Sunday afternoon 2:00 to 4:30 for a special edition of ‘Vintage Favourites’.