This Week on Finding Your Bliss: May 7th 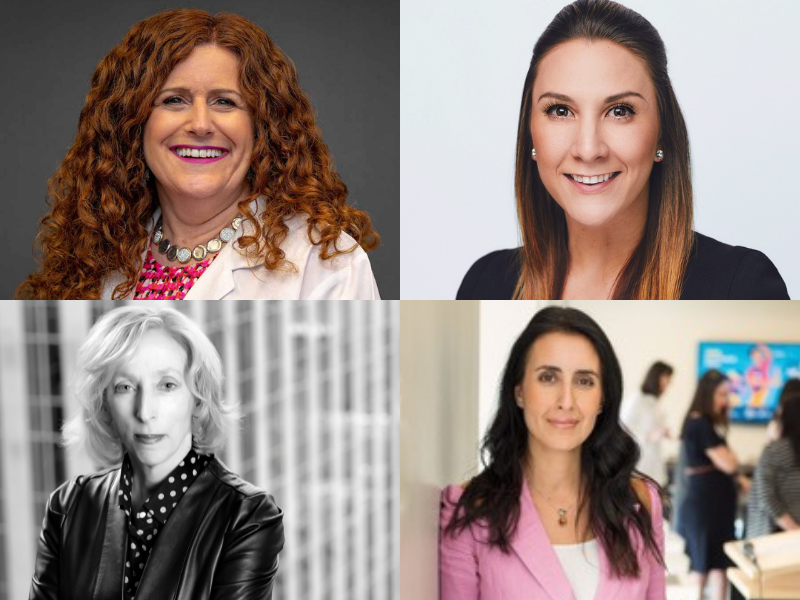 Coming up this week on Finding Your Bliss, we have a show devoted to preserving fertility, even in the face of cancer. Life Coach Judy Librach sits down with oncofertility specialist Dr. Karen Glass from the CReATe Fertility Centre, and also with a very happy patient who was able to freeze her embryos before cancer treatment and is now pregnant with her first child!

Jessica was diagnosed with breast cancer at 33-years old and was told she needed to have surgery and treatment to remove it. After surgery, she was sent to the CReATe Fertility Clinic in Toronto to have her eggs retrieved as the cancer treatment could have hurt her ovarian reserve. She went to see Dr. Karen Glass and CReATe Fertility, and they decided to freeze her embryos instead of her eggs. As she puts it, “with Dr. Glass’s amazing expertise, I was able to retrieve 33 eggs, all of which were fertilized, and then 15 survived to 5 day blastocysts. This was a great turnout!”

On Valentine’s Day this past February, they did an embryo transfer and found out 10 days later that they are pregnant and expecting their first child!

Dr. Glass’ interest in laparoscopic and hysteroscopic surgery brought her to Los Angeles and UCLA where she had a dual appointment in the divisions of REI and Urogynecology. She worked with David Meldrum’s team at Reproductive Partners Medical Group for the REI part of her training.

In 1999, she returned to Canada as Assistant Professor at McMaster University. In 2002, Dr. Glass moved to Toronto to concentrate her efforts on REI and specifically Fertility Preservation in oncology patients. She joined the CReATe Fertility Centre. She is their Director of Fertility Preservation. She is on staff at Sunnybrook Health Sciences Centre and Women’s College Hospital. She is Assistant Professor at University of Toronto.

She served on the executive of the Fertility Preservation Special Interest Group of the ASRM for 5 years (2009-2014). She is currently the Chair of the FP Special Interest Group of CFAS. She received a prestigious grant as a co-investigator from CIHR and CBCF to study young women with breast cancer (RUBY Study). She sits on the Oncofertility Working Group for Adolescent and Young Adult Oncology. This is part of Canadian Partnership Against Cancer (CPAC). She sits on the Medical Advisory Panel of Fertile Future. In October 2015, Fertile Future honoured Dr. Glass for her work with young people with cancer. Dr. Glass has spoken all over Canada on Oncofertility. She sees young cancer patients from all over Ontario who require consultation and help regarding fertility preservation.

Also on the program we have Bonnie Fish, the Board President of the Israel Cancer Research Fund (ICRF) and Jennifer Ouaknine, the Executive Director of the ICRF, to discuss exciting cancer research and their upcoming Women of Action 20th anniversary event.

Bonnie Fish is a partner at the Toronto Law Firm of Fogler Rubinoff LLP, and as mentioned, is the Board President of Israel Cancer Research Fund. Bonnie has been the President of ICRF for over three years now and she also sits on the International Board of Trustees. Bonnie is also a co-chair of ICRF’s upcoming signature event, Women of Action which takes place on Sunday May 15th at the Oakdale Golf and Country Club.

Jennifer Ouaknine is the Executive Director of the Israel Cancer Research Fund in Toronto. Jennifer is a leader with a proven track record for delivering strong results in fundraising, event planning and execution, and management expertise. Prior to working in the non-for-profit world, Jennifer had a long and successful career in banking, serving the needs of their high-net-worth clients.

As Executive Director of ICRF Jennifer works passionately with volunteers and staff and a wide spectrum of donors in the community, to raise funds for vital cancer research. Jennifer is engaged in many fundraising events for ICRF. Currently she is spearheading the Women of Action Event.

And last but not least, our esteemed Featured Artist this week is the beyond talented producer, composer, and musical director Jack Lenz who will be sharing his beautiful song “Where There Is Love”.

Jack Lenz creates music for films, TV series, sports teams, social awareness projects, musicals, and some of the most magnificent songs for artists to record.

Throughout his prolific career, Jack has produced films and TV series and music-based feature documentaries as well as having composed music for motion pictures, television, documentaries, Canadian news programs and award shows. His greatest love is making music for the Baha’i Community.

He is also best known for the Toronto Blue Jays Theme Song, “OK Blue Jays” and for the series, “Goosebumps” and his score in “The Passion of The Christ”. He has also written songs for Andrea Bocelli, Celine Dion, Buffy Sainte-Marie and the Canadian Tenors, just to name a few.

His primary interest is to support children and families dealing with severe disabilities, and his daughter, Mercey, has given him this sense of mission for the disabled.

Jack Lenz is also going to be accompanying Halle Burnett and Lily Librach, who are both singing at the 20th Anniversary ICRF Women of Action event, to raise funds for cancer research.

For more on the tremendously gifted Jack Lenz, please visit his website at jacklenzmusic.com.

This Week on Finding Your Bliss: January 14th