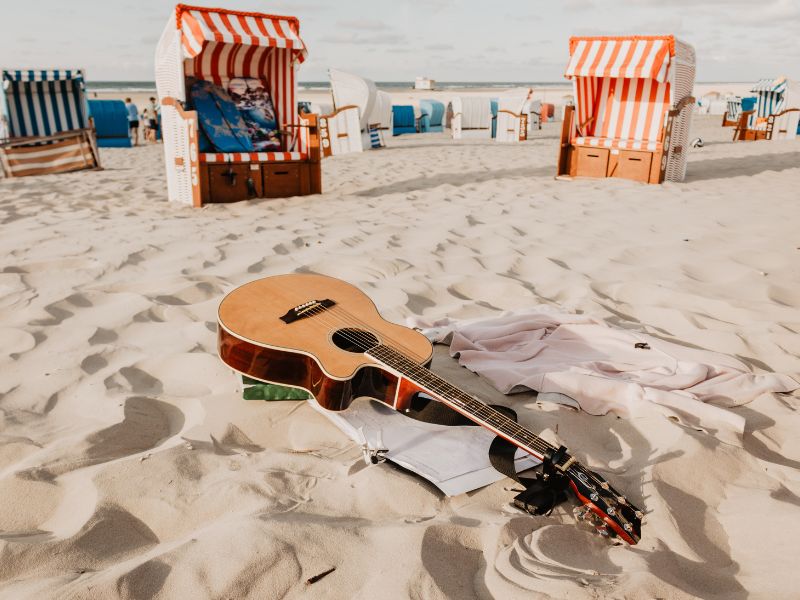 As summer winds down, we wanted to pay tribute to one of the great staples of the season – the beach!

Our sister station, VisionTV, will keep the summer energy strong by playing beach movies every night this week at midnight!

We asked some of our Zoomer Radio hosts to share their favourite beach-themed songs. Check them out below, and tell us YOUR favourites on Facebook or Twitter!

Wipe Out by The Surfaris.. .mostly because it’s the one song everyone tries to tap along to… but no one can keep up with The Surfaris!

As a lifeguard during my teenage years, I loved listening to Synchronicity by The Police and the Flashdance soundtrack.

I was a pool lifeguard not a beach lifeguard, but we had these albums playing in the pool office constantly!

My favourite beach song takes me back to 1980 when I was in high school and went to Daytona, Fla. over March break with two of my girlfriends. We had such a good time – we spent all day at the beach and went dancing every night, and the song that was being played everywhere was “Don’t Stop the Music” by Yarbrough and Peoples. Every time I hear that song, it puts a smile on my face!

About the time of this songs release, I was going thro a tough time emotionally and the Lyrics really explained my feelings.

I’ve so many favourites that I do an annual ‘Summertime Songs’ feature on ‘Vintage Favourites’. But if pressed – I’d pick Bobby Rydell’s (or Bobby Curtola’s) ‘Wildwood Days’ – ‘every day’s a holiday and every night is a Saturday night. Oh those Wildwood days … and then those party lights; wild, wild Wildwood nights.” Yeah – I’d love to soak up the sunshine and the rock’n’roll memories along the boardwalk at Wildwood, New Jersey.

“It’s time to rip the Band-Aid off the 1990’s music-wise. Guess what? The songs are VINTAGE. Let’s face the music and dance, Zoomers.

When ‘Steal My Sunshine’ by Len, came out in 1999, I was recovering from a bad love affair. Like Len, I indulged in my self-defeat. This song helped me enormously that summer. It is a million miles of fun.”

Duran Duran was one of my very favourite groups throughout my high school years.  The “Rio” album came out in May of 1982 — and was sitting high in the charts that summer — exactly 40 years ago.  I began grade nine that fall.  The videos for these two songs were films in Sri Lanka and Antigua — full of beaches and sand and water, boats and bikinis!  I ended up seeing Duran Duran at Maple Leaf Gardens a few years later, and it was at that concert that the “Reflex” video was filmed.  Great memories.