This Week on Finding Your Bliss: September 10th 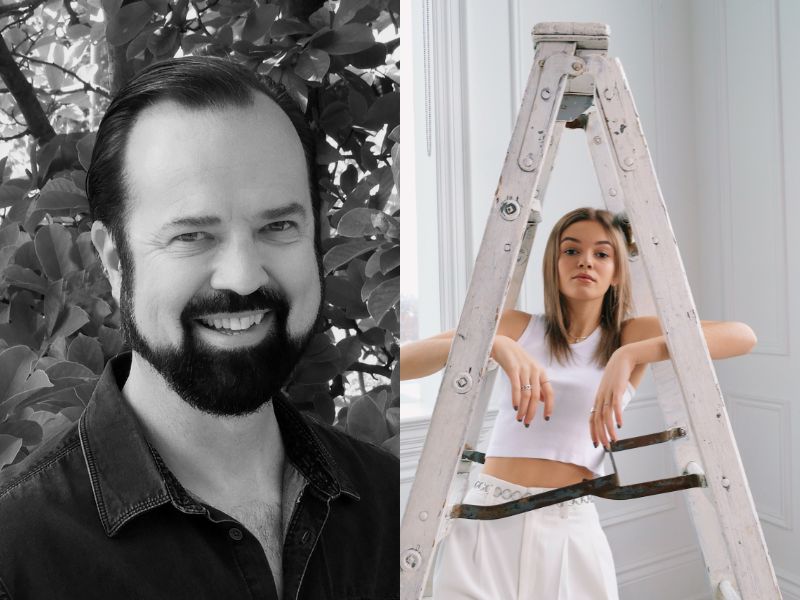 Coming up this Saturday on Finding Your Bliss, Life Coach and Bliss Expert Judy Librach is joined by Richard Scarsbrook! Richard is a Canadian Writer, Teacher, and Entertainer. He grew up in the tiny rural crossroads of Olinda, Ontario, and earned an Honours BA in History from Western University and a Bachelor of Education degree from the University of Ottawa. He has called Toronto home for over twenty years.

Richard is the author of ten books: the novels The Troupers, Rockets Versus Gravity, The Indifference League, Nothing Man and The Purple Zero, The Monkeyface Chronicles, Featherless Bipeds, and Cheeseburger Subversive. The short story collection Destiny’s Telescope, and the poetry collections Six Weeks and Apocalypse One Hundred. Two more novels are on the way: The Girl Who Could Not Die, and Speedway Cinema. He has also published stories and poems in nearly one hundred magazines, journals, and anthologies.

Richard’s books have been short-listed for the ReLit Award, CLA Book of the Year Award (twice), the Stellar Book Prize, and ReLit Award, and the OLA White Pine Award (twice), which he won in 2011 for The Monkeyface Chronicles. His poetry chapbook Guessing at Madeline won the 1997 Cranberry Tree Press Poetry Chapbook Competition.

After teaching high school for several years, performing roles onstage such as Mr. Toad in Toad of Toad Hall, Gratiano in The Merchant of Venice, Scrooge in A Christmas Carol, and Jonathan Brewster in Arsenic and Old Lace, and playing in the bands The Know, The Nerve, and Featherless Bipeds, Scarsbrook now teaches creative writing at George Brown College and the Humber School for Writers. He makes frequent appearances at festivals and in schools and libraries, sharing his passion for writing and helping hundreds of novice writers improve their craft. He has served as Writer in Residence for the Toronto Public Library, the Toronto District Board of Education, the Richmond Hill Public Library, and the Orangeville Public Library. In 2011, Scarsbrook also served as a juror for the Governor General’s Literary Awards.

Richard is currently transitioning into the screenwriting business, and his first produced screenplay, Royal Blood, was an official selection at many international film festivals; it won Best Short Film at the TIFF-associated Milton Film Festival, and its North American Pay TV Rights have been purchased by the ShortsTV Channel. Scarsbrook has written screenplays and pilots based on his award-winning books, which are currently available. His TV Pilot The Monkeyface Chronicles was a finalist for the CFC/EOne Television Adaptation Lab, and his screenplays have been performing well in major screenwriting competitions, including ScreenCraft, PAGE, Slamdance, and Final Draft Big Break.

Also on the program, we’ll be featuring the music of talented singer/songwriter SAGE.

Emerging Toronto-based singer-songwriter SAGE – the moniker of Sage Siegel – has been singing since before she could speak. Losing her father unexpectedly at the young age of 3 and growing up with a younger brother with non-verbal autism, singing became a way for her to connect with her feelings and emote to music early on.

At the age of 13, Sage auditioned for Mini Pop Kids, Canada’s #1 music brand for kids. Making it past thousands of other children to be a “Mini POP Kid,” she was chosen to sing, perform, and record in-studio for their Canada record label, K-tel.

Over the years, Sage began sharing covers on YouTube and TikTok, in addition to writing original music. In 2019, she had her first viral moment on TikTok, amassing 130,000 views on her cover of “Halo” by Beyoncé. Since then, she has garnered a following of almost 100,000. Now 19 years old, Sage’s incredible tone and harmonic quality shine through with her new single, “Too Good” (r. August 18, 2022), produced by Stephen Conley. Having just finished her first year at University to study Media, Information & Technoculture, Sage continues to perfect her performance and craft, doing what she loves and what she was born to do. Her debut EP is expected to be released in 2022.

This Week on Finding Your Bliss: February 4th