IS CANADA READY FOR A POSSIBLE SECOND WAVE OR COVID-19?

A group of Canadian senators has issued a dire warning on Canada’s preparedness for a possible second wave of COVID-19, saying the country is ill-prepared. 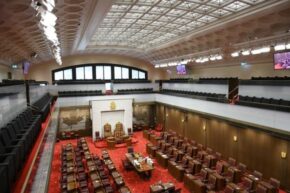 The Senate’s social affairs committee says the possibility raises serious concerns about long term care, already hit hardest from the pandemic, and is urging the federal government to pay attention.

The document also criticizes poor managed of the national emergency  stockpile of personal protective equipment over the years, and specifically when the pandemic hit in March.There are also concerns that military members could be deployed without sufficient personal protective equipment. It’s the committee’s first observation on the government’s response to the pandemic, with a final report expected later this year.