She was a character actress who appeared on Broadway and in numerous TV shows but Zoomers of a certain vintage will remember her from her days as “Mother Nature.” 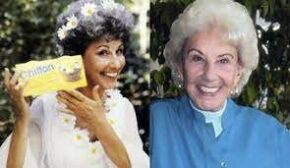 Dena Dietrich who played Mother Nature in the 1970s commercial campaign has died of natural causes in a Los Angeles health care facility.

The Mother Nature campaign ran for a decade and helped her win parts on shows like “Welcome Back Kotter,” “The Mod Squad” and “The Golden Girls.”

She also had recurring roles on “All My Children” and “Santa Barbara.”

Dena Dietrich left no survivors. She was 91.