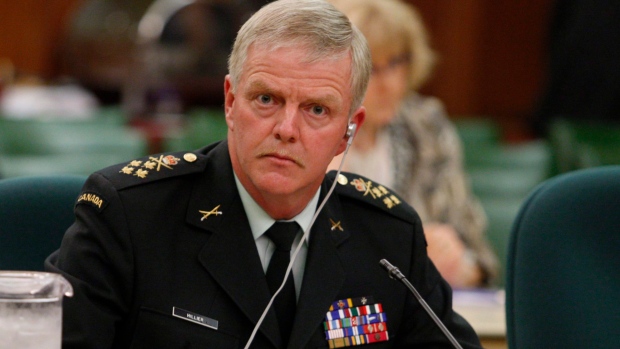 New Year’s Eve. That’s when the man in charge of Ontario’s COVID vaccination roll-out task force says his team will be ready for the first arrival of vaccines.

“We are going to be ready for 31 December, it is an unknown when the vaccines arrive,” said General Rick Hillier during his first appearance at the Premier’s daily pandemic briefing. “In the military, we operate all of our lives with the unknown and so what we do is plan for worst case, plan for kind of everything arriving on the first of January, if you can handle that, you can handle anything going forward from there.”

General Rick Hillier also says the most vulnerable will get the vaccine first.

Health Minister Christine Elliott says while two of the main vaccines in development aren’t for children, they’re hopeful others will be.

“He is the most incredible leader that I can imagine,” said Hillier. The pair last worked together in Afghanistan. “We as a nation are blessed by having him in that position.”