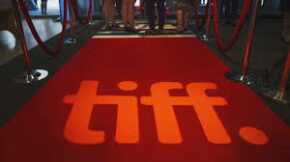 TIFF says it’s signed a letter of solidarity with the New York Film Festival, Colorado’s Telluride Festival and the Venice Film Festival, committing to cooperation and information sharing in support of one another’s global events.

A statement goes on to say the pandemic caught all four festivals just as they were preparing for their biggest events of the year and that surviving requires collaboration as never before.

There is no indications of specifically what forms the collaboration will take, but the release did say “we are offering our festivals as a united platform for the best cinema we can find.”