World leaders have joined survivors of the 1995 Srebrenica massacre to remember the 25th anniversary of the atrocity, the only crime in Europe since World War Two that has been declared a genocide. 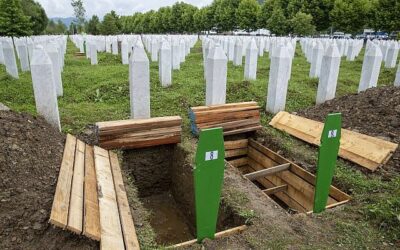 Addressing the mourners Saturday, a top Bosniak Muslim official called on the world to confront the persistent downplaying of the Srebrenica genocide by Bosnian Serb and Serbian leaders.

The brutal execution in July 1995 of more than 8,000 Bosniak Muslim men and boys was commemorated with speeches and the re-burial of nine massacre victims.

Their remains were found in mass graves and recently identified through DNA analysis.

In a recorded statement, Prime Minister Justin Trudeau said the massacre is a dark period of history we must never forget.