The president of Unifor is furious that top grocery chain executives insist they didn’t collude to cancel a COVID-19 pay hike for employees.

Jerry Dias says their appearances before a Commons committee Friday was a chance to admit they were wrong to end the pay bump.

He says three CEOs all admitted to exchanging “courtesy emails” and “courtesy calls” on pandemic pay but still claim there was no collusion.

“It’s not that complicated. Workers are supporting these grocery chains through a pandemic that still isn’t over,” Dias said.

“As President of Loblaw, Sarah Davis took home $6.7 million and her company is making record profits. To see her sit there and talk about how much she respects the workers, but then cut their pay, it’s disgusting. Retail workers deserve better, and Canadians expect better.”

Dias and other representatives of Unifor have been critical of retailers for ending the temporary wage hikes while the pandemic continues and has called for them to be permanent. 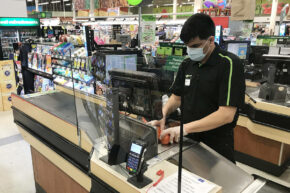 Loblaw was the first to announce it would end the $2 hourly premium paid to workers in its grocery stores, and was soon followed by other major retailers, including Metro and Sobeys.

Unifor is Canada’s largest union in the private sector, representing 315,000 workers in every major area of the economy, including 20,000 in the retail and wholesale sector.