One of Britain’s most popular and best-selling authors, has died. 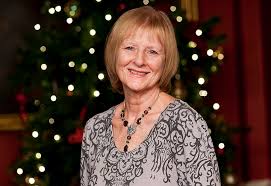 Her publisher described her as a an author who worked diligently and with the utmost dedication.

Her many books included, “The Broken Man,” “The Beachcomber,” and “The Runaway Woman.” Her most recent novel, “Two Sisters,” was published in February.