We now know what Elton John’s ex-wife’s court case is all about. 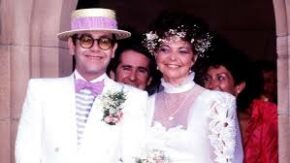 Renate Blauel, who was married to the music legend for four years in the 1980s and worked on the hit song “Rocket Man,” is seeking an estimated $4 million in damages amid claims he broke the terms of their divorce deal causing her mental health problems.

The sound engineer is suing over passages in Sir Elton’s 2019 memoir “Me,” and the hit movie “Rocketman,” claiming they revealed details of the marriage, breaking an agreement they made when they divorced in 1988.

In response, Sir Elton’s defense acknowledged the existence of the divorce agreement, which both parties signed, but denied any breaches or causing any “psychological harm.”

In the book Sir Elton describes her as “dignified”, “decent” and “someone I couldn’t fault in any way.”