Ontario’s premier has been indicating all of the province will soon be in Stage 3 of the COVID-19 economic recovery plan.

Doug Ford is set to make an announcement Wednesday at 1pm on whether the remaining areas of Toronto, Peel Region and Windsor Essex will be allowed to transition from Stage 2 to Stage 3.

Of the 111 new cases in the province announced on Tuesday, just 6 were in Toronto. 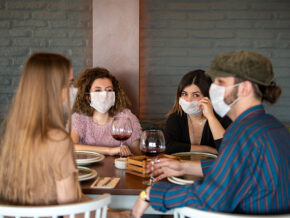 Mayor John Tory says he expects recommendations which he’s made around inside restaurant dining and bars have been accepted.

But Tory explained Wednesday morning, there are some bylaws that Toronto city council can move on independently today.

“When Stage 3 comes, and hopefully that will be very soon, we’ll be in a position to have most of those, the ones we can as a city council, most of those would be in place,” Mayor Tory revealed, “So if for example, they decide not to have a compulsory face cover order with respect to apartments and condominiums and common areas there, we have something prepared that we would move forward with within the bounds of our jurisdiction.”