CANADIANS LIKELY TO BE FORGIVING OF FEDS FOR REACTING QUICKLY DURING COVID: STRATEGIST KAREN STINTZ

It’s not being called a budget, nor a fiscal update. 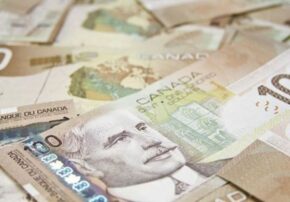 Wednesday afternoon at 1:40, Federal Finance Minister Bill Morneau is scheduled to lay out what the minority Trudeau Liberals are calling a “snapshot” of Canada’s economy in the COVID-19 era.

But Conservative critic Dan Albas says his party wants to see more than just an accounting of what the Liberals have spent on pandemic relief programs.

“We just don’t know what revenues are, so the government needs to do more than to simply just put a tally of all the programs it’s announced during COVID-19,” Albas explained.

As for the NDP finance critic, Peter Julian says what Canadians want to know is how the government plans to reshape benefit programs to help the most vulnerable for the rest of this year and beyond.

The Liberals have regularly provided updates about total spending on emergency aid, which by last count amounted to over $174-billion, but have yet to put a figure on the deficit for the fiscal year.

“I think the Canadian public will give a pass to a certain degree to the government for reacting quickly and figuring out how to keep people from having severe economic hardships,” Stintz said. Listen to the entire conversation with Fight Back’s Strategy Panel on Tuesday July 7th by clicking here.

The parliamentary budget officer has suggested the deficit could be as deep as $252-billion.