Zoomers who, as parents in the 1980s, bought into the video game phenomenon for their kids, will have the pictures and sound from this indelibly etched on their memories forever. 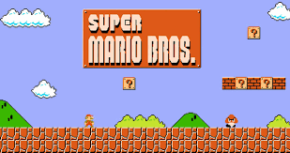 An unidentified buyer bought the cartridge which was still in its original packaging.

The auctioneer said demand was extremely high, partly because that version’s particular packaging was only on the market a short while.

“Super Mario Bros” was the successor to 1983’s “Mario Bros” and is cited as one of the greatest video games of all time with some 40-million copies in play.