As Italy continues to move past the worst of the pandemic, the selections have been released for September’s 77th Venice Film Festival. 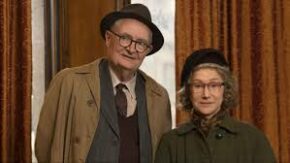 There are 60 selections for the festival which launches September 2nd and include “The Duke” starring Jim Broadbent and Zoomer Magazine cover girl Helen Mirren.

Festival Chief Alberto Barbera says that almost half of the competition film selections this year are directed by women, but were selected exclusively on the basis of their quality and not as a result of gender protocols.

And the festival will take COVID-19 into consideration.  It will feature various modifications including a slightly slimmed-down official competition, a reduced number of sections and the addition of two outdoor screening venues.

Barbera says the decision to even hold the 77th edition of the Venice Festival is a sign of confidence in – and concrete support of – the world of film and the audiovisual industry.